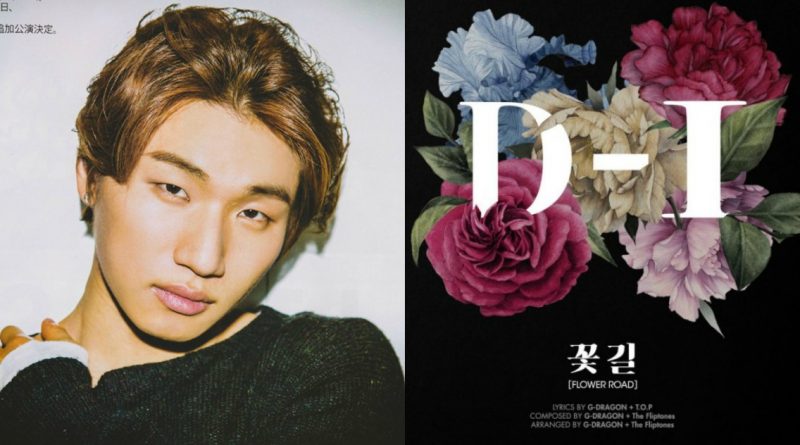 13th of March is a big day for Big Bang. Daesung, one of Big Bang’s member will enlist to military and the group has become the talk of the town after announcing the release date of the song entitled ‘Flower Road’ that they dedicated for their fans.

First of all, Daesung will joing the military boot camp today in Hwacheongun, Gangwon province where he will get a basic military training to serve in the military. Daesung has always been keen to do the military services. The three Big Bang member is now actively doing their duty in military and it started from G-Dragon who enlisted on 27th of February and Taeyang who enlisted on 12th of March.

The song from Big Bang called ‘Flower Road’ is a song filled with all of Big Bang’s member voices and thoughts and it is set to release today on 6 p.m (GMT+9). ‘Flower Road’ is a song written by the member of Big Bang while they were thinking about enlisting in military. When they were working on the album ‘MADE’ in 2016, they made this song dedicated for their fans. This song voiced out the thought of the member and as a gift for their fans since they can’t see Big Bang on stage for awhile.

G-dragon and the music producer of Big Bang worked together on the music. The producer has worked on a few songs such as GDxTaeyang Good boy, Taeyang’s Stay with me and also T.O.P.

Big Bang ‘Flower Road’ will be available in all music websites on 13th of march by 6 p.m (GMT+9)

May 10, 2017 Tirta Comments Off on Go Soo, Kim Joo Hyuk, and Park Sung Woong in ‘The Tooth and Nail’ Movie Premiere
DRAMA VIDEO