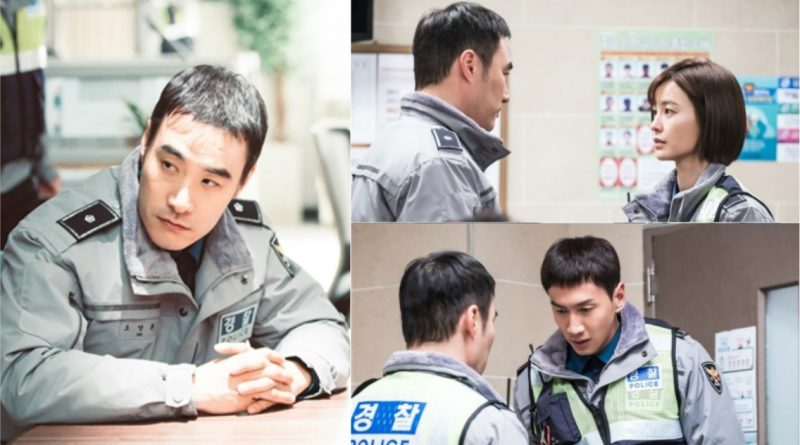 tvN’s newest drama entitled ‘Live’ that has aired for several week gave us a second thought on how to look at the reality. Last week, Han Jung Oh (Jung Yoo Mi) and Yeom Sang Soo (Lee Kwang Soo) were desperate for job and decided to became police officers as they struggled to overcome anything to get the job.

In the newest episode that will air on Saturday 17th of March, their meeting with someone unexpected will surprised them. The viewers are waiting to see their reunion with the senior police officer that they should’ve avoided and that is none other than Oh Yang Chon (Bae Sung Woo).

The still-cut that the official of ‘Live’ released showed the reuni of Han Jung Oh, Yeom Sang Soo and Oh Yang Chon. Oh Yang Chon looked so intimidating since his first appearance in the drama. His charismatic expression and his eagle-like eyes caught many viewers attention.

In the drama, Oh Yang Chon will gave a strict training and education in order to create a perfect figure of a police offier. The three of them will meet again in a shooting range with guns that will make this drama lively. Jung Yoo Mi, Lee Kwang Soo and Bae Sung Woo are also expected to be able to express their characters perfectly.

Meanwhile drama tvN ‘Life’ told a story about police officers who work in a busy Hong Il earth security center that struggle to fight for justice in daily life. This drama airs every Saturday and Sunday on 9 in the evening (GMT+9)