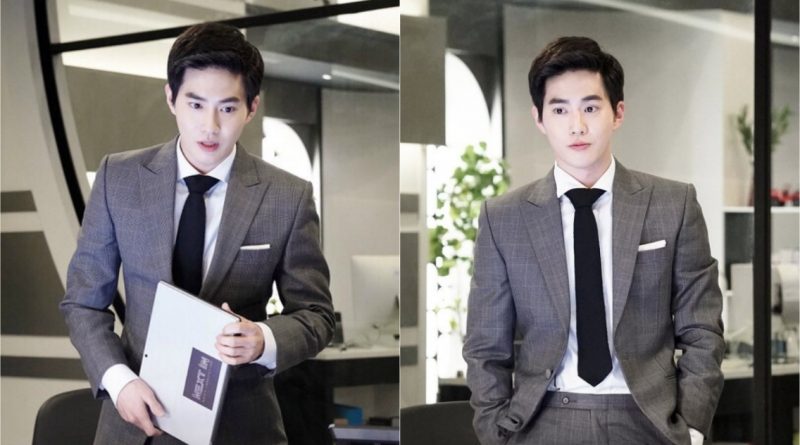 The still-cut of Kim Jun Myun in the drama ‘Rich Man’ has been revealed.

Kim Jun Myun took a role of a Lee Yoo Chan, a CEO with unbelievable brains and fantastic ideas. Through the released still-cuts, he sucessfuly showed a charm of a handsome man that made the viewers couldn’t help but to wait for the drama.

Kim Jun Myun took a role of Lee Yoo Chan and in the pictures, he showed a great synchronization to his rich character Lee Yoo Chan through his appearances, skills and dazzling charisma. He looked completely ready to shakes the viewer hearts.

But the character that looks completely perfect has its flaws and that is none other than the disorder of not being able to recognize other people’s face.

This drama is set to air in May and he is expected to bring out a new atmosphere along with the other main lead, Bo Ra who will play the role of Ha Yeon Su.

‘Rich Man’ has become a hot topic every since the news of Suho starring in the drama been announced and this drama was adapted from Japanese drama ‘Rich Man Poor Woman’ that aired in Fuji tv on 2012.