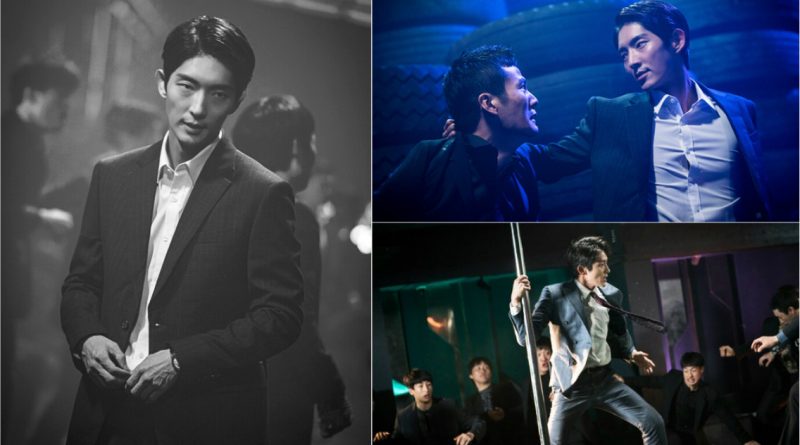 In tvN’s newest drama ‘Lawless Lawyer’ released its still cuts of Lee Joon Gi (who played the role of Bong Sang Pil) that has been known as the outlaw lawyer.

Bong Sang Pil who wil be played by Lee Joon Gi is a gangster that became a lawyer and gained a lot of attention’s viewers by his flexible and smooth movements in the pictures. Lee Joon Gi who played the role of an outlaw lawyer sucessfuly gained attention through his amazing performances and acting and especially the sharp look on his eyes.

Lee Joon Gi said that “I tried to attack my enemies with my glare first before I started to do some actions to beat them up” he said. Furthermore, his dazzling visual and amazing performances made his fans could no longer wait to see Bong Sang Pil the outlaw lawyers on screen.

Lee Joon Gi also said, “I really want to do the action scene myself. I started to learn all the movements for my action because I want to make my own action style” and when asked about how he learned Jiu Jitsu for the action scene, he said, “Yeah, I am so happy to be able to learn and use it in this drama”.

Lee Joon Gi successfully showed his dazzling performances through his actions without any stuntmant needed. The staff are also working hard to make the perfect scenes where Lee Joon Gi’s passion can stand out and became the main attraction of drama ‘Lawless Lawyer’.

Meanwhile ‘Lawless Lawyer’ told a story of a lawyer who gives his everything to fight for Jusctice and it is set to air after ‘Pretty Noona Who Buys Me Food’ ends.