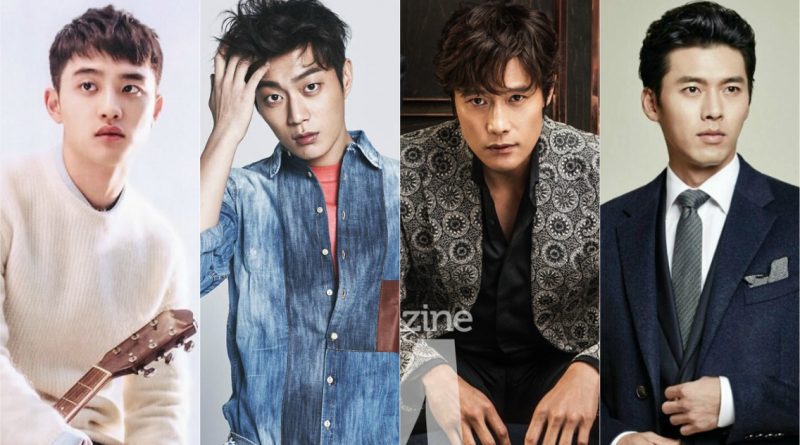 In the second half of this year, tvN will broadcast four worth-waiting dramas that will entertain the drama lovers. These dramas of course filled with Line-up of hot actors and actresses that will definitely not disappointed their viewers. From EXO D.O, Yoon Doo Joon, Lee Byung Hun and even Hyun bin are ready to entertain the viewers in the second half of this year. These four dramas are none other than ‘Hundred Days Husband’, ‘Let’s Eat 3’, ‘Mr. Sunshine’ and ‘Memories of Alhambra’.

The drama that will be directed by PD Lee Jong Jae is set to air on the second half of this year in tvN. This drama is a historical drama plus the romantic comedy themed story with the total episodes of 16. ‘Hundred Days Husband’ told a story of a crown prince Lee Yool that suddenly disappeared for 100 days and met the bright detective agents of of Joseon Hong Sim. When Lee Yool disappeared, he transformed into another figure. Many issues will begin after 100 days he returned to the palace. EXO D.O will play the role of crown prince Lee Yool while Nam JI Hyun will play the role of Hong Sim. The exact release date of this drama has not yet been revealed yet.

This year, ‘Let’s Eat’ will return with its newest season, the third season in tvN. The third season that will air by the second half of this year was successfully captured the viewers attention through its first and second seasons. This drama told a story of a man who lives alone and also the owner of the restaurant named Go Dae Young. Go Dae Young later will meet Lee Ji Woo who is still has connections with the female leads in the previous season. Meanwhile Baek Jin Hee will play the role of the lead woman named Lee Ji Woo. This drama is set to air on 16th of July 2018 every Monday and Tuesday on 9.30 p.m(GMT+9).

‘Mr.Sunshine’ is a long-awaited drama that is set to air by the second half of this year. This drama is a collaboration of PD Lee Eung Bok and writer Kim Eun Sook who has successfully produced dramas like ‘Goblin’ and ‘Descendant of the sun’. ‘Mr.Sunshine’ that will set to air in tvN took the background of Joseon period around 1871. This drama will unveil a story of a boy who left with the American soldiers after witnessing his parents death. Later he returned to Korea as an adult and start building his new life in his hometown. Actor Lee Byung Hun will play the main lead Choi Eugene meanwhile Kim Tae Ri will play the role of Go Ae Sin. The complete release date of this drama is still unknown.

This tvN’s newest drama is definitely worth to wait and should never be missed. ‘Memories of Alhambra’ has become the hot topic in between the drama fans. This drama is directed by PD Ahn Gil Ho and Hyun Bin will starred in this drama that made this drama exactly worth to wait. This drama told a story of a CEO named Yoo Jin Woo who is a perfectionist and has a strong desire to win. When he was in emotional turmoil after his best friend betrayed him, he decided to travel to Granada, Spain. Jin Woo later stayed in an old hostel and met the owner, Jung Hae Joo which will lead them to strange and unexpected situations. Hyun Bin will play the role of Yoo Jin Woo and it is reported that Park Shin Hye is currently considering the offer of the main lead role Jung Hee Joo.

Those are the four upcoming dramas that will air in tvN by the second half of this year. From Do Kyung Soo to Hyun bin, all the actors and actresses are ready to entertain the viewers through these dramas. These drama is worth waiting for not only because the line-up of their actors and actresses but also because of the famous PD that has been known for their works.