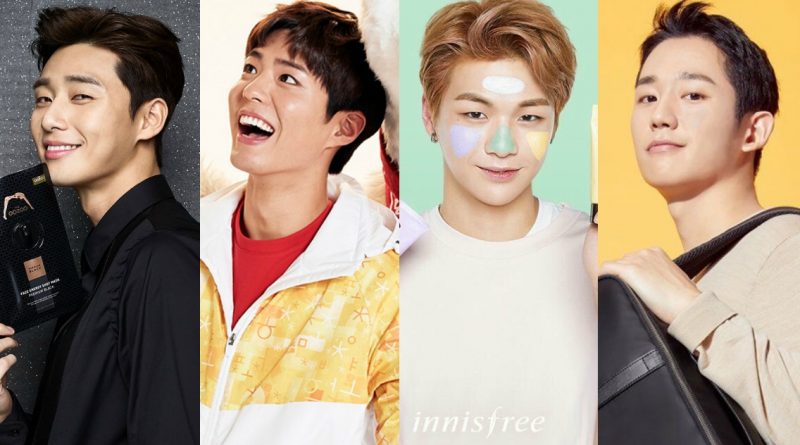 The Commercial industry world has become one of the main attraction in the entertainment industry. Commercial world is also a place where all the artist showed off yet raised their popularities at the same time. It is also a media where all the popular celebrities successfully doubled up their incomes.

Park Bo Gum sucessfuly gained his popularity through his apperances in entertainment industry and also his work as a model from the total 32 brands last year.

Recently he joined the JTBC ‘Hyori’s Homestay 2’ where he works as a part-timer and turned him into the most loved commercial model. Park Bo Gum’s current income is approximately 500 million won from 10 brand including ‘Coca-cola’, ‘Kakao’, ‘nescafe crema’, ‘vprove’, ‘TNTG’ and last year he was in the first rank of CF’s model reputations.

Jung Hae in is one of the most promising star in the entertainment industry. He has become an actor with a very unique charm and dazzling appearances. His lovely and pure image is also shakes the commercial industry.

Jung Hae In is a popular star that has been chosen to be the model of ‘Duty Free, Hong Sam Jeong’, ‘Jill Stewart’ and other and he also has become one of the model from the beauty brands through his wide gentle smile and his flawless skins.

Wanna One Kang Daniel successfully climbed up to the list of popular commercial model on February 2018. He became a model of various commercials. Despite the fact that he is a member of a group and not solo, the request of a various commercials for him as a solo still flowing to his companies.

Wanna one has become a model for over than 15 brands since their debut including the brand of clothes, cosmetics, beverages, chocolate and others. Between them, Kang Daniel has signed an exclusive contract as model with a few famous brand.

Park Seo Joon has become a popular actor after drama ‘Fight for my way’ and movie ‘Midnight Runners’ which he showed an amazing performance. He also showed his great personality and skill through tvN’s program ‘Youn’s Kitchen 2’. Recently Park Seo Joon who is known for his strong presence in entertainment industry has become a model of a few famous brands in Korea including shoes, sportswear and other.