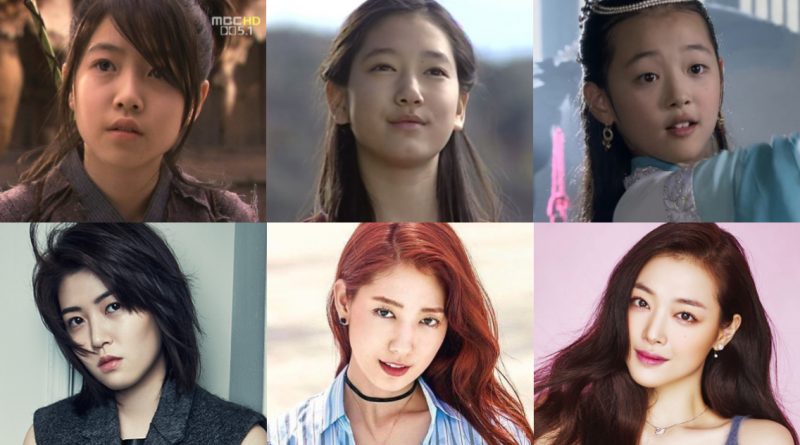 Park Shin Hye, Sulli and Shim Eun Kyung are indeed having one thing in common. They started their career as a child actress before they turned into big stars.

The three of them went through their childhood that slightly different from they are now. when looking back to their past, they look young and lovely but now they aren’t losing their charms especially their acting ability.

Later, Park Shin Hye was known as a child actress through the movie ‘Stairway to Heaven’ where she took the role of the young version of Choi Ji Woo and she became the second national princess after Moon Geun Young.

Sulli gained a huge popularity after joining the group f(x) but previously, she was a child actress. Sulli took the role of the young version of Lee Bo young in the drama entitled ‘Ballad of Seodong’ that turned her into the national daughter.

Even though she appeared in a lot of movies, Sulli who wanted to be a singer signed up a contract with SM Entertainment as a trainee and started to prepare herself to be a singer. In fall 2009 after practicing for about 4 years, she finally debuted in Music Industry through the group f(x) when he was 16 years old.

Shim Eun Kyung who has known for her acting ability was also a child actress back them. She made her debut in 2004 through the drama ‘Marry Me!’ with the role of child of myung se Bin. She later appeared in the drama ‘Hwang Jin I’ in 2006 as the daughter rof Ha Ji Won and in the drama ‘The Legend’ as the child of Lee Ji Ah.