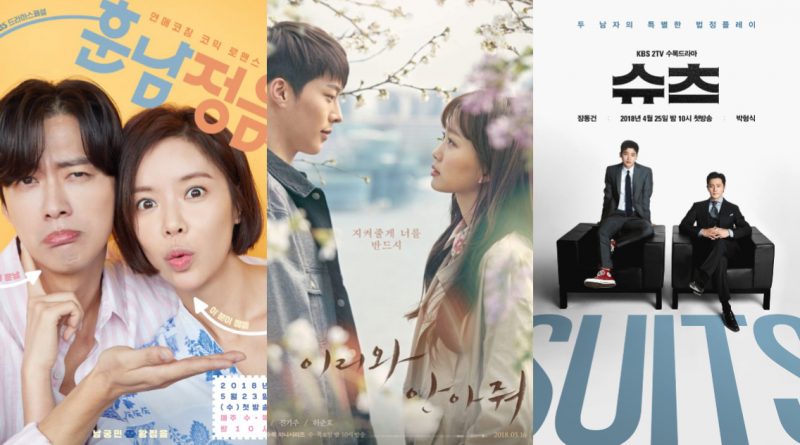 The fate of KBS ‘Suits’ is now facing the crossroad as the new works keep coming out as its contenders.

Drama ‘Come Hug Me’ that has aired on 16th of May told a story of a greatest police officer who has to take care of his psychopath father and then later he met the victim’s daughter. The two of them fell in love at the first sight and have to fight for their love to overcome anything.

Jang Gi Young and Jin Ki Joo are the main characters in this drama. SBS latest drama entitled ‘Let’s Hold Hands and watch sunset’ fought its way up after reaching the 3% of viewer rating but ‘Come Hug Me’ drama is expected to attract viewer’s attention.

‘Hoon Nam Jung Eum’ is set to air on 23rd of May and it is a romantic comedy themed drama that told a story of a woman who dreamed about meeting the true love of her life and ended falling in love with a man who is an expert of love but refuse to get himself into a serious relationship.

Hwang Jung Eum has returned to the small screen after her absence since MBC drama ‘Lucky Romance’ in 2016 and she will play the lead role along with Nam Goong Min and the two of them are expected to show their charm in this Romcom themed drama.

Meanwhile, drama KBS ‘Suits’ is still in the first position. Now the attention is focused on whether this two new drama will be the number one contender of the Wed-Thu dramas.

May 8, 2018 Ria Comments Off on 3 Korean Artists Who Have Twins
Rank&Talk STAR