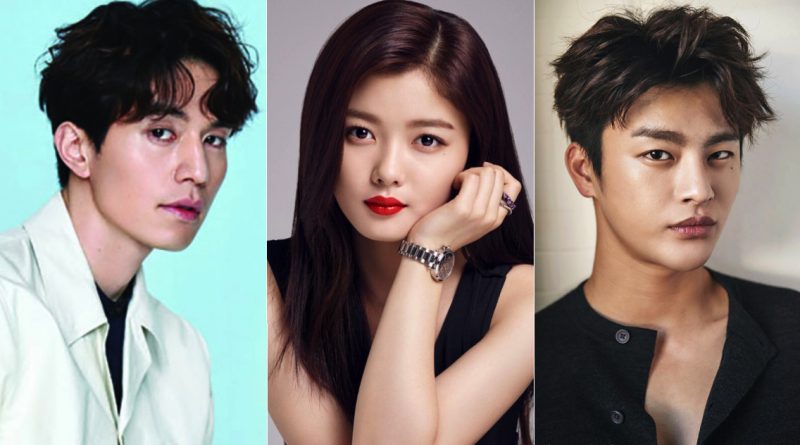 Will these stars be able to overcome their pain and keep moving forward?

The stars who had been through a lot of pain and suffering is now ready to return to the small screen this year with a total determination.

First, Lee Dong Wook is ready to greet his fans. Recently, Lee Dong Wook announced his break up with the actress and singer Suzy which is 13 years younger than him after dating for about four months. As if he doesn’t want the break up affect him, Lee Dong Wook will return to the small screen through JTBC newest drama ‘Life’. This drama told a story of a man who wanted to protect his humanity and his belief while working in the hospital. Lee Dong Wook will play the role of Ye Jin Woo, a specialist in a emergency center in hospital Ye Jin Woo is a specialist that will hold onto his belief as a doctor.

Last year, Seo In Guk went into three times inspection because of the cartilage injury in his ankle bone and as the result he got into the 5th class category. After two years of dating with Park Bo Ram, they decided to went separate way in last May.

Seo In Guk will return to the small screen through ‘100 Million Stars Falling from the Sky’.

Seo In Guk started his acting career through KBS ‘Love Rain’ which later he continued with ‘Reply 1997’ , ‘King of High School’, ‘Master’s Sun’, ‘The King’s Face’, ‘I Remember You’. He also successes through his latest drama last year ‘Squad 38’ and ‘Shopping King Louis’. He will now return through the new drama entitled ‘100 Million Stars Falling from the sky’ that is expected will air in September after ‘Wife that I Know’.

Kim Yoo jung will also greet her fans again. Kim Yoo Jung stopped her activities as she was diagnosed with the hypothyroid last 26th of February.

After five months of going through the treatment, Kim Yoo Jung is now ready to greet her fans through her healthy appearance. Now she is focused and determined to finish her responsibility as the main lead of the new drama ‘Clean with Passion for now’. the fans are now anticipating Kim Yoo Jung’s performance in a perfect love story.

April 21, 2017 Tri Comments Off on Lee Min Ho Will Start His Military Duty on May 12
MUSIC VIDEO