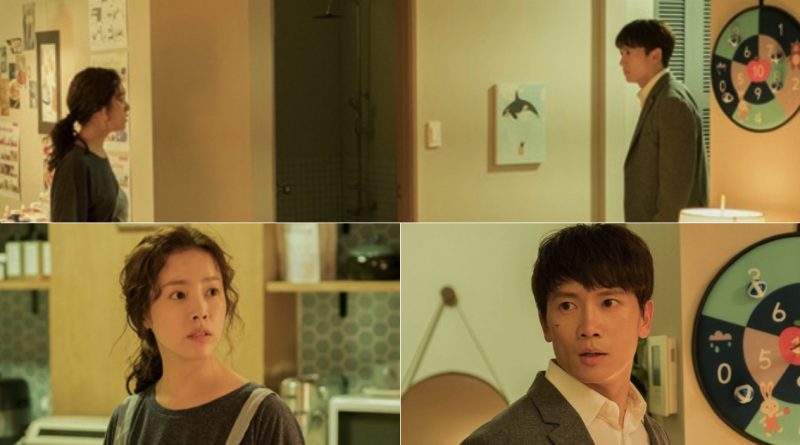 In the 1st of August, tvN’s newest drama ‘Wife that I Know’ will air for the first time and the PD Lee Sang Yeop has unveiled the stillcuts of Ji Sung and Han Ji Min who transformed into a real-life married couple daily.

Ji Sung and Han Ji Min in the released stillcuts showed their chemistry as a married couple which look completely real with the realistic percentage of 200% that has gained the viewers attention. Ji Sung seemed a bit tired as he just got home from work and he was surprised by something that flew right in front of him. Han Ji Min is looking charismatic through her eyes that burn with angers. The war of nerves between Ji Sung and Han Ji Min clearly shows that there are domestic conflict in the house just like what most real married couple went through.

Ji Sung will play the role of Cha Joo Hyuk, a man full of charms and passion but often getting yelled at by his wife at home and his boss at the office. Han Ji Min turned into a house wife named Seo Woo Jin who is always busy with the household chores and her works. Since the first filming, Ji Sung and Han Ji Min had exploded with the extraordinary chemistry. The effort that the two of them made to bring life into their characters including the detailed acting skill, the clothes, the hairstyles, the way of talk and even their chemistry successfully created a perfect synergy between them.

March 2, 2017 Tri Comments Off on Actor Lee Dong Gun and Jo Yoon Hee Are Confirmed to be Dating
MOVIE VIDEO