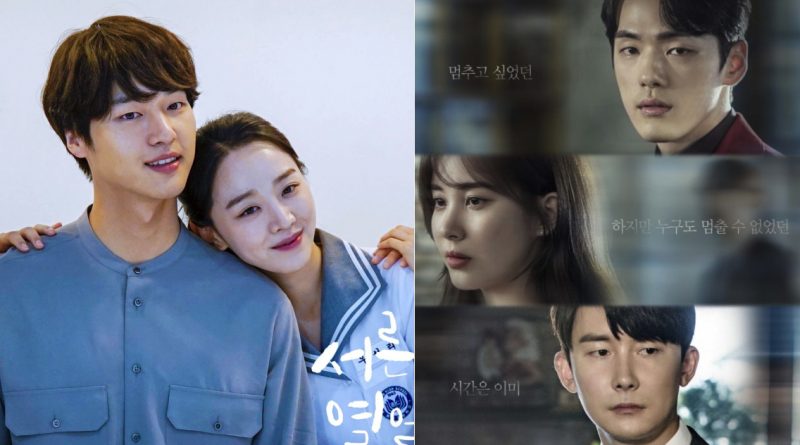 There will be two dramas about time but different story.

The new SBS drama entitled ‘Thirty but Seventeen’ and MBC newest drama ‘Time’ will be broadcasted for the first time next week.

Both drama tells a love story of a man and a woman who got involved into the time-related thing and the two drama’s line up of actors are also rookies and those stars are none other than Shin Hye Sun, Kim Jeong Hyun and Yang Se Jong. With the new dramas that keep coming out made the viewers can’t help but feeling excited on these two dramas.

‘Thirty but Seventeen’ has captured the viewers attention even before its cast has been revealed and it tells a story of a woman in her 30s who went through coma and woke up with the mental state of 17 years old. Starting from last year, Shin Hye Sun who is popular because of KBS ‘The Gold Life’ and Yang Se Jong from drama SBS ‘Temperature of Love’ will join forces in this drama.

‘Time’ tells a love story of a man who wants to turn back time to fix his mistakes and to save a woman whose life ruined by him. Kim Jeong Hyun who has started to rise to stardom through ‘School 2017’ and ‘Laughter in Waikiki’ will play the role of tough looking guy who is always sad and full of remorse.