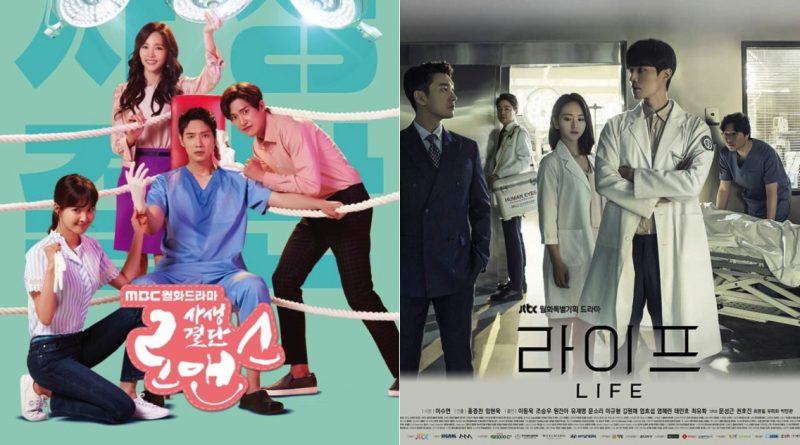 Two dramas with same background but completely different genre will air today. These two dramas are none other than MBC ‘Risky Romance’ and JTBC ‘Life’.

These two dramas will air for the first time in 23rd of July at 10 and 11 pm local time. The two dramas have slightly different color because ‘Risky Romance’ is more into a romantic comedy drama than a medical drama like ‘Life’.

‘Risky Romance’ tells a story of a hormonal endocrinologist who tried to win a heart of a male neurosurgeon for her research. This drama will show how someone’s character, behavior and also feelings of a human are being controlled by the hormone.

‘Life’ on the other hand is the second work of Lee Soo Yeon, a writer of JTBC popular drama last year entitled ‘Secret Forest’. This time this drama is a medical themed drama that tells a story of a doctor who tried to protect what he believes as he works in a hospital and tried to keep his humanity against the villain that tries to change the people in the hospital.

This drama will tell a story of the main character Ye Jin Woo (Lee Dong Wook) who will try to fight for justice and defend his belief against Goo Seung Hyo (Jo Seung Woo) and the people around him.

Lee Dong Wook and Jo Seung Woo have played each of their character in their own dramas perfectly such as ‘Goblin’ and ‘Secret Forest’ and now they’re joining forces in the drama ‘Life’.