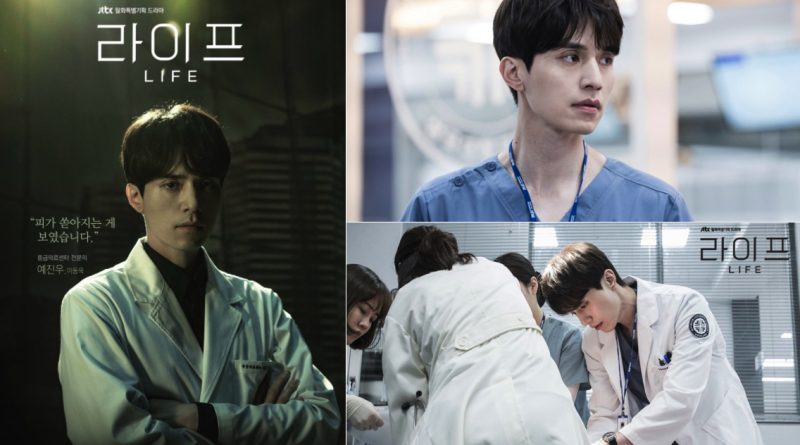 Lee Dong Wook will return to the small screen through the role of Ye Jin Woo, a specialist in an emergency center through the JTBC newest drama ‘Life’. Through this drama, he will show a different charm that is completely the opposite of his cold and lonely character in ‘Goblin’ that ended in January last year.

Black Symbol, the cold and dark fantasy-like ‘The Grim Reaper’.

Lee Dong Wook instead of being cold will show his warm consolation to those people who passed away and he will definitely be able to make the viewers heart racing yet touched at the same time. Lee Dong Wook that has been known for his unique character as the cold grim reaper is now showing a different and lovely side of him.

White Symbol, Ye Jin Woo the emergency center specialist that is more realistic than others.

Ye Jin Woo is not a very talented man nor brilliant. He is just an ordinary doctor who always does his best to save his patients. He seldom showing his true intentions and is completely different than most people who works in the hospital. Then he started to make a turning point as the new director of the hospital appeared along with the mysterious case.

July 20, 2017 Tri Comments Off on 3 Famous Places That Appeared in Dramas in South Korea
Rank&Talk TRAVEL