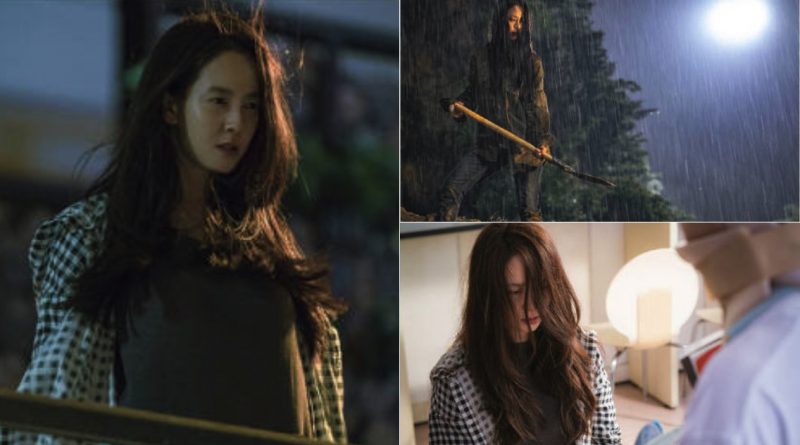 KBS newest drama that will follow up ‘Are You human Too’ in 13th of August entitled ‘Lovely Horribly’ has released a new still cuts of Song Ji hyo.

‘Lovely Horribly’ is a romantic comedy drama with a slight of horror that tells a story of a man and a woman who shared their fate as they met as a drama scriptwriter and a top star. Philip (Park Shi Hoo) lived his life happily and full of blessed by the universe as the luck is always in his side meanwhile Eul Soon (Song Ji Hyo) went through a life full of hardship as she always unfortunate. This drama tells the struggle of a man and a woman who were trapped in their fate of life with the touch of horror and melodrama that has never been show in the other dramas.

Song Ji Hyo is expected to make a huge and dramatic changes as she turned herself to her character, Eul soon, the scriptwriter and the icon of bad luck. Her character in this drama has a dark side but also warm just like the words ‘Dark Lovely’. Eventhough she was always bumping into bad luck, she was once winning the gold medal in a national judo competition. Eventhough she is always seem to have a bad luck, she is a very positive person and she always believe that one day her bad luck will be replaced by a good luck.

The still cuts of Song Ji Hyo showed off her slightly ruffled and messy bangs almost covering her whole forehead and her long hair that gives off the creepy yet interesting atmosphere. In one of the picture showed the character of Song Ji Hyo was digging something in the middle of the rainy night that made the viewers even more curios on the character Eul Soon.