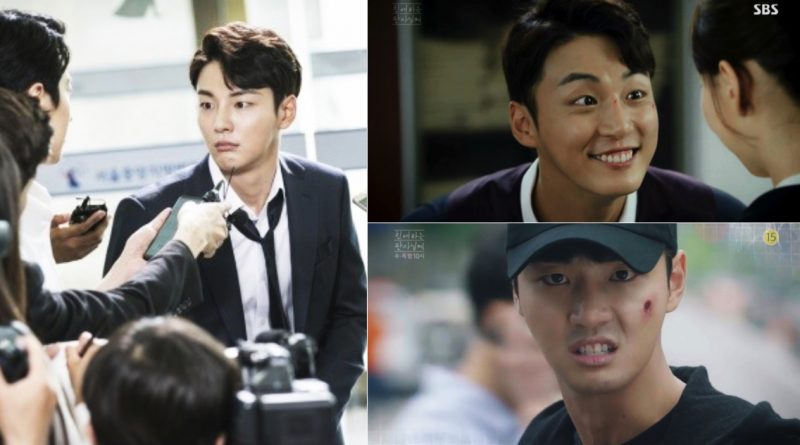 The brother of Han Su Ho, Han Kang Ho started to transformed into a charismatic judge with a different charm from his brother. As the result, this sudden transformation make the people around him started to get curios and also made the viewers heart flutters at his charms.

Meanwhile Han Su Ho who just returned home found out through the TV that Han Kang Ho became a judge to replace his position and made the situation become more intense as he couldn’t hide his anger.

Yoon Shi Yoon successfully played two very different roles perfectly and captured the viewers heart through his appearance and his ability to live up the two characters show keep changing from Kang Ho and Su Ho back and forth. Especially the character of Han Kang Ho has a strength and even more flexible that gives a laughter to the viewers and keep them entertained.

‘Dear Judge’ tells a story of a developments of a fake judge named Han Kang Ho and the viewers are showing their support and love for Yoon Shi Yoon and the two characters that he played.