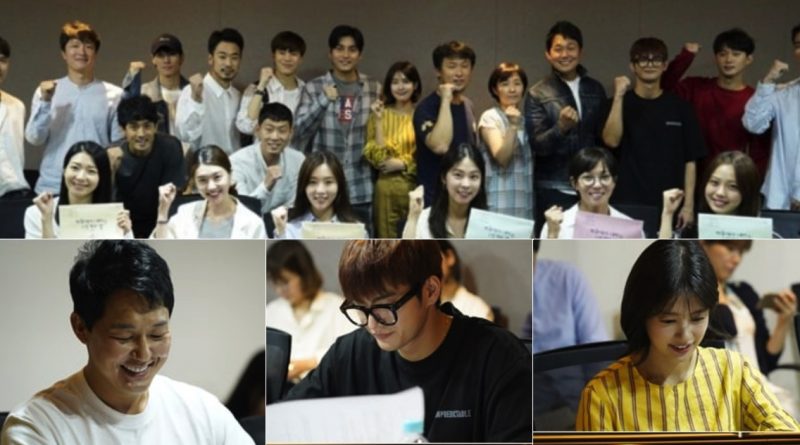 The main character of tvN’s newest drama ‘100 Million Stars Falling from the Sky’ has gathered. The PD and the writer along with its cast Seo In Guk, Jung So Min, Park Sung Woong and So Eun so to Jang Young Nam has meet as they’re preparing for the strong teamwork for their drama.

‘100 Million stars Falling from the Sky’ will air in September and tells a story of a man named Kim Moo Young (Seo In guk) who will fall in love with a girl with unusual scars named Jin Gang (Jung So Min) and the brother of Jin Kang named jin Kook (Park Sung Woong). This drama is a drama that was directed by PD Yoo Jae Woon who is known for his work such as ‘King of High School’, ‘Oh my ghost’ and ‘Tomorrow with you’ and the writer Song Hye Jin who is known for her works ‘My wife got married’ and ‘My Sweet Soul’ and they will be joining forces with actor Seo In Guk, Jung So Min and Park Sung Woong

All the actors were seen excited and focused on their first reading script for the drama ‘100 Million Stars Falling from the Sky’.