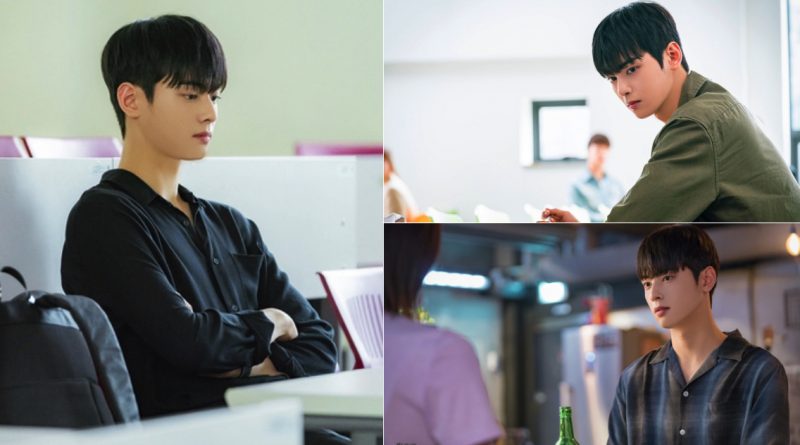 Cha Eun Woo and his dazzling handsome visual has captured the attention of public as an actor. Cha Eun Woo’s handsome face is now the main attraction in the screen after he appeared in the drama ‘My ID is Gangnam Beauty’ and made the viewers put a high expectation on his performances.

In the JTBC drama that aired every Friday and Saturday ‘My ID is Gangnam Beauty’, Cha Eun Woo played the role of a student from the chemistry department with cold shoulder and refused to get along with other people because of the trauma in his childhood.

But he is a 3 dimensional man who showed and poured out his affection and his warmth to the person he likes.

In the campus festival in the drama, Kyung Suk told Mi Rae that “I’m no longer a bully, I have a friend now” which signaling that he is officially befriended with Kang Mi Rae, but then he did all kind of lovely thing and even jealousy at even the smallest things that happened.

Mi Rae iwas the girl who danced in the bus stop as she tried to shook off the memories of her parents divorce. Kyung Suk remembered Kang Mi Rae as a funny friend who is good at dancing and he always showed up whenever Mi Rae was in danger.

This might be one of Do Kyung Suk’s charm.

Cha Eun Woo also received a lot of respond from the viewers such as “He is better than the original” because his perfect performances playing the role of Do Kyung Suk. It seems like not only his handsome face but also his unexpected charm that makes the viewers admire him. Various changes of Cha Eun Woo will also be revealed in the future which is why the viewers are anticipating him.

October 15, 2017 Ria Comments Off on [RANK AND TALK] 4 Idols Who Suffer From Serious Illness
DRAMA Rank&Talk