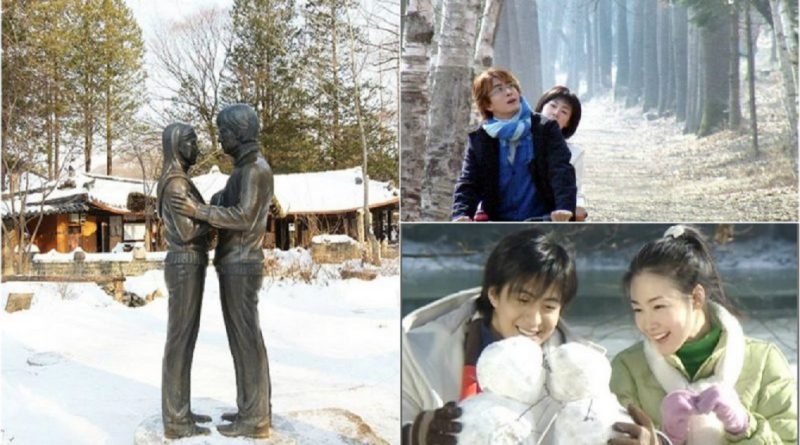 Located in Cheongpyeong Dam, Chunseon-si, Gangwon-do, this little island has 6 kms diameter and 460.000 m2 width. Nami Island got its name from one of South Korean heroes, General Nami. The general’s tomb is also located in this island.

The name of this island became even more popular as tourist destination after it was used to shoot the drama series ‘Winter Sonata’, starring Bae Yong-jun and Choi Ji-woo. Since the drama that was produced in 2002 became a hit, so was the tourists that came to Nami Island.

There are two ways to reach Nami Island: By train or bus.

For train, there are two kinds of train that go to Nami Island, which are regular train and ITX. If you want to use regular train, you can depart from Cheongyangni Station to Gapyong Station in less than 70 minutes. After that, take a train to Gapyeong harbor.
If you want to ride the much faster ITX train, depart from Yongsan station (Line 1) or Cheongyangni station (Line 1). The ride will only take approximately 45 minutes. After you go off in Gapyeong station, you can use a taxi to Nami Island.

Meanwhile, if you want to ride shuttle bus, you can use Namiara Republic Shuttle bus which always depart from Tapgol Park/Pagoda Park every 9.30 AM and goes back at 16.00.

The admission fee to enter Nami Island is 8.000 won.

For more information, you can check the official website at namisum.com. Happy holiday!