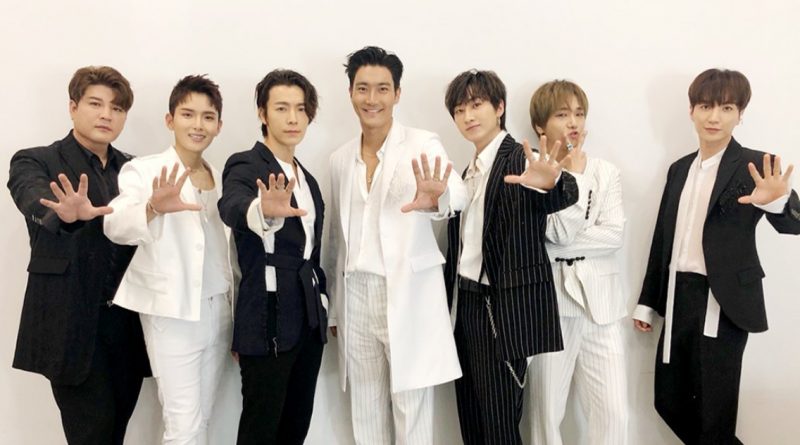 In a few major local media in Indonesia, the stage appearances of Super Junior for the Asian games 2018 Jakarta – Palembang closing ceremony has become the main attraction.

In 3rd of September, a few major media in Indonesia such as Kompas Gramedia, Tribun, the Indonesian Media that has lasted for 7o years Jawa Pos, and also the famous media KORAN JAKARTA, SURYA and etc has buzzing about Super Junior’s performances and it was all over their first page. The media WARTA KOTA also wrote “Super Junior sung 3 songs in total, when Dong Hae did the solo stage performances, Indonesia’s president, Joko Widodo was seen dancing to the popular dance that received a warm responds from the public”.

Super Junior is one of the Korean artist that perform in the closing ceremony of 2018 Asian Games Jakarta-Palembang that was held in Stadium Gelora bung Karno in Jakarta Indonesia in 2nd of September at 7pm local time. Super Junior sung their hit song such as ‘Sorry, Sorry’, ‘Mr.Simple’ and ‘Bonamana’.

October 15, 2017 Ria Comments Off on Will 14 Year Age Difference Between Song Seung Heon and Go Ara Be Challenging?
DRAMA VIDEO

August 3, 2017 Tirta Comments Off on ‘While Your Were Sleeping’ Releases Pictures of Lee Jong Suk and Suzy on Set
DRAMA VIDEO