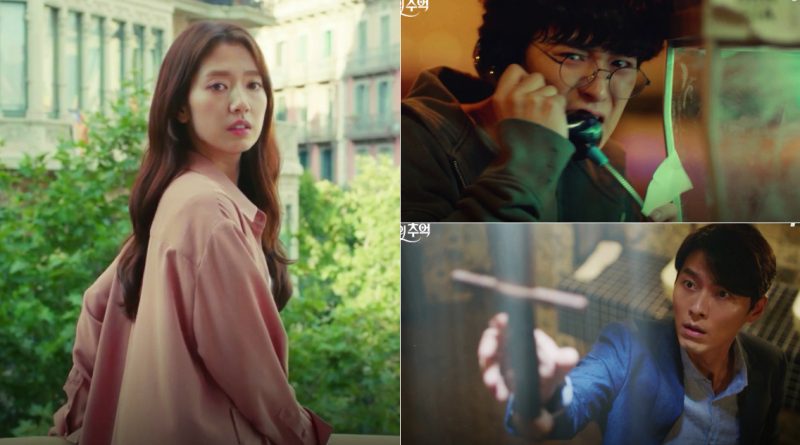 The new tvN drama ‘Memories of Alhambra’ has released its story-telling teaser video.

‘Memories of Alhambra’ tells a story of CEO of a company named Yoo Jin Woo (Hyun Bin) who went to Granada, Spain for a business trip and then later ran into the old hostel owner named Jung Hee Joo (Park Shin Hye)a nad went through various strange things as they fall in love.

Through the first narration, Yoo Jin Woo begins with “A lot of people come to Granada to see Alhambra, but I came here to see another thing”. Granada is an ancient city in Spain that is always filled with tourist for 365 days every year. But Jin Woo seemed to have another reason to find out why people called it as the city of magic which is not the only reason he found this city is beautiful.

EXO Chanyeol then made appearance with a narration in the late night around the phone booth as he begun with the narration, “I don’t want to sell it to him”, “You are friends”, “See you in Granada, if you wait in Bonita hostel I’ll go there” he said as he was seen taking the train to somewhere. Then later Jin Woo was seen meeting Hee Joo for the first time in a hostel named ‘Bonita’.

The video explained why Jin Woo visited Granada and how he became one with the exotic view of Granada and having fun there in the city of Spain, also it showed how Yoo Jin Woo went through various strange things such as magic that changes his fate in Granada, a city of magic.

This drama is set to air in 1st of December and it is expected to entertain the viewers through its story that is full of magic and miracle, especially EXO Chanyeol seems to be the key to the magic that happened to Jin Woo and Hee Joo who was revealed for the first time that made the viewers raised their expectation on this drama.