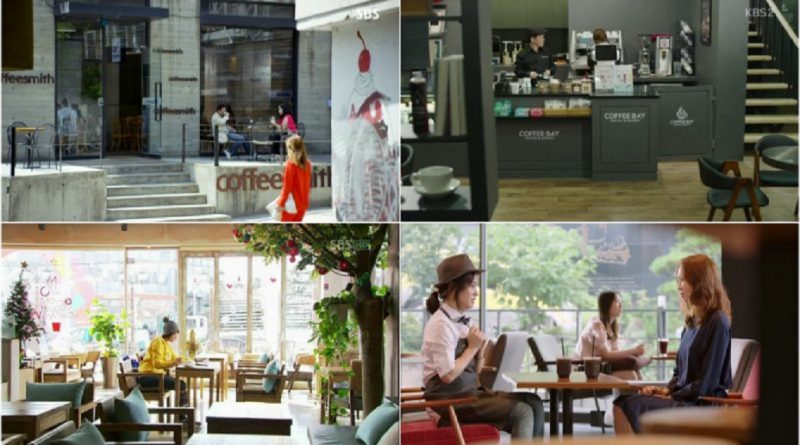 Those of you who often watch K-Drama must find it familiar to see a certain coffee shop appear in K-Drama. In this post, we will give you the list of few coffee shops which often appear in K-Drama from time to time. Want to know what they are? Check this out!

This coffee shop appeared in K-Drama ‘It’s Okay That’s Love’. Located in Hongdae, Coffeesmith is a cafe managed by Jang Jae Yeol (Jo In Sung). This is also the place where Park Soo Kwang (Lee Kwang Soo) works. This cafe is placed in the middle of Hongdae street and has a wide open space, as well as a very modern and neat interior design, which makes it a frequent target of shooting location for PDs. In addition, this cafe is often visited by K-Drama fans because of its strategic location.

How to get there: Apgujeong Rodeo Station, keluar exit 5

The Fab (Coffee Bay) is the cafe where the shooting of ‘Healer’ took place. This was where Young Shin lives in the drama. Young Shin’s father has a coffee shop, and they live on top of that coffee shop. Actually, the original name for the cafe was ‘The Fab’ only, but because Coffee Bay was one of the drama’s sponsors, the name of the cafe was changed into Coffee Bay. This cafe appeared a lot of times in ‘Healer’.

How to get there: Hansung University entrance center point

How to get there: Apgujeong Station exit. 3. Walk straight and then turn left on the first T-Junction (168 Nonhyeon-dong).