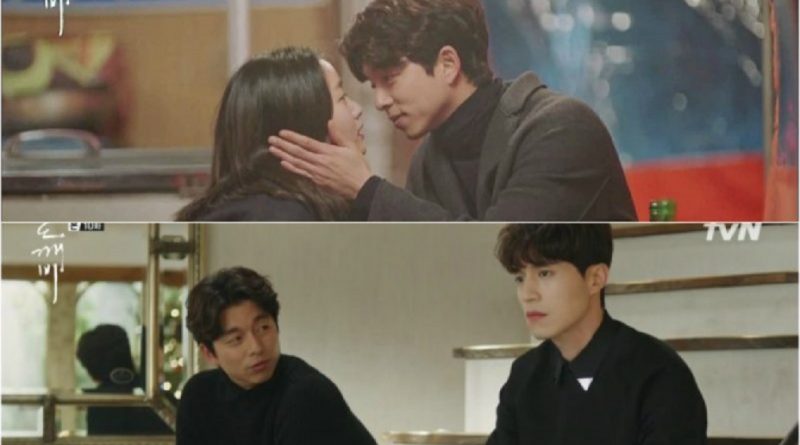 This part was opened by the meeting of the grim reaper and Sunny.

When he met Sunny, the grim reaper asked her to hold hands. However, Sunny demanded that she needed to know his real identity.

The grim reaper fell in silence. Sunny then told him that it was the end and that they shouldn’t meet again.

Meanwhile, Kim Shin and Eun Tak were enjoying their New Year’s eve together. Eun Tak asked him to go out for a drink where they met the robber from before who asked Kim Shin to fight him. Kim Shin defeated him and his subordinates easily.

When he was back, Eun Tak was already drunk. She said everything was perfect but there was something missing, a kiss. She leaned in aggressively and kissed Kim Shin.

A few days later, Eun Tak wanted to arrange a meeting for Sunny and the grim reaper but it didn’t go well.

Then the grim reaper had a drink with Kim Shin.

There he said that Sunny resembled Kim Shin’s sister. He also told Kim Shin about what he saw from Sunny’s past life. Everything matched to Kim Shin’s memory about his sister.

April 21, 2017 Tri Comments Off on Hallyu Stars Show Their Support in the Premiere of ‘One Day’
STAR VIDEO