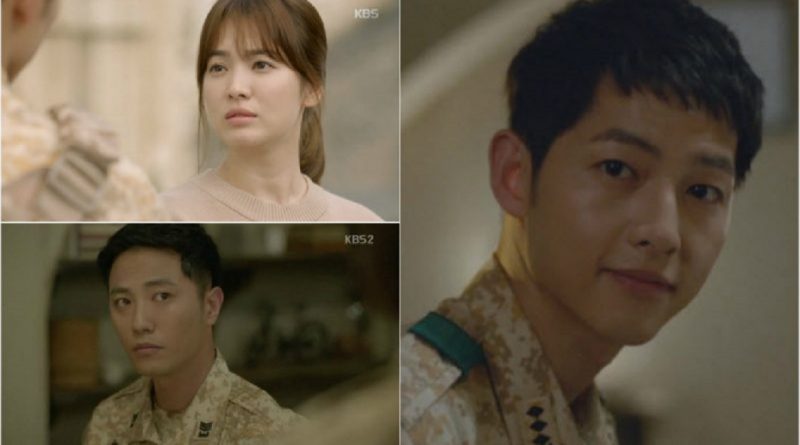 After getting trapped in the destroyed building, finally Yoo Shi Jin (Song Joong Ki) was able to go out from the place.

Shi Jin was taken to the medical cube to get an intensive care. Mo Yeon was worried so she remained by his side.

Daniel (Cho Tae Kwan) repaired the speaker that could be connected to the whole area. Then Mo Yeon played a song on her phone.

When she was gone, suddenly the recording of Mo Yeon when she was trapped in the car was playing. Hearing it, Mo Yeon hurriedly ran back to the place to get her phone.