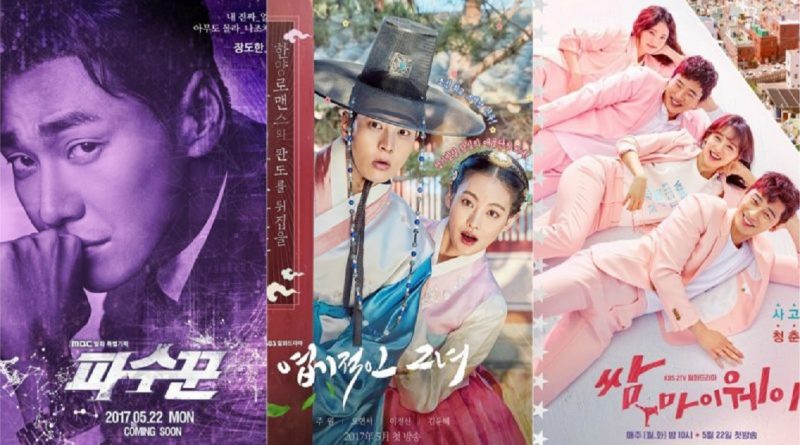 Starting from the end of this month, Monday-Tuesday drama slot in terrestrial channels will feature three different genres of dramas according to the audience’s taste, ranging from thriller/action, colossal/historical romance, to contemporary youth romance.

First of all, there is MBC’s ‘Lookout’, which will premiere on May 22nd.

‘Lookout’ shows the reality of Korean crime cases today. In this drama, there will be a gathering of people who have lost their loved ones due to crime. They will punish the criminals in their own way. ‘Lookout’ is starred by action queen Lee Si Young as a single mom who works as a detective, Kim Young Kwang, Kim Tae Hoon, Kim Seul Gi, SHINee Key, and many more.

Next, there is a pre-produced SBS drama ‘My Sassy Girl’, which will premiere on May 29. ‘My Sassy Girl’ Tells the romance between the aristocratic man named Gyun Woo and the energetic Princess Hyemyung.

Joo Won and Oh Yeon Seo, the main actors in this drama, have gained much attention from the public. In addition, the love story that they will show on the television drama screen is also impatiently anticipated by the public.

Lastly, KBS 2TV will feature a refreshing drama called ‘Fight for My Way’, which also will premiere on May 22nd. ‘Fight for My Way’ tells the reality of youth who are constantly trying to find a way to achieve their dream despite having no skills nor ability. The main cast of this drama are Park Seo Joon, Kim Ji Won, Ahn Jae Hong, and Song Ha Yoon. The four comrades were dubbed the ‘Fantastic Four Losers’. Now the public is looking forward to their silly story on television drama screen.