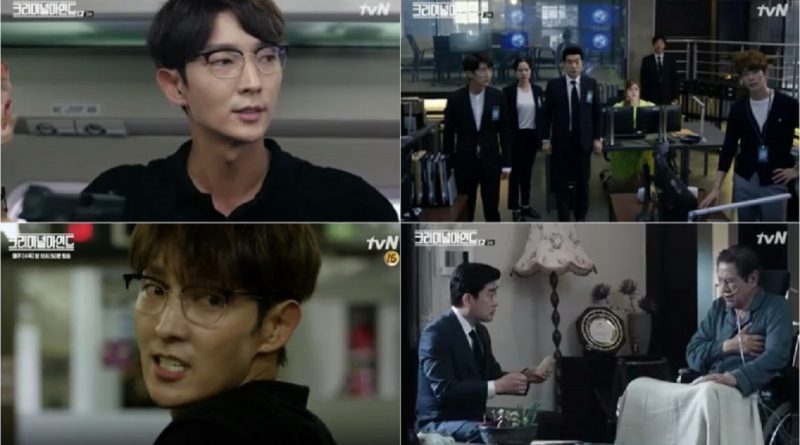 In last night’s episode of tvN’s ‘Criminal Minds’, Kim Hyun Joon (Lee Joon Ki) and the NCI team had a party to celebrate his joining the team.

In this episode, a mad guy did a hostage in KTX. The mad guy took a pistol from a police and killed him.

In the passenger seat, NCI agent Yoon Min Young (Lee Sun Bin) boarded the KTX and the NCI agents were surprised. The patient caused the incident to occur because he had a serious mental illness. The incident involved the patient, his doctor, and a murder suspect.

At that time, Kim Joon Hyun started his task. He decided to trick the patient with the delusions of his magic technique to remove the microchips on his body. He managed to do it, but the killer unraveled the magic trick and influenced Jo Seok Hwan again. “Use the patient’s imagination,” Kim Hyun Joon suggested. Finally, they use Jo Suk Hwan’s imagination. The murderer threatened the patient with his mental illness, presenting a twist to the situation.

Thanks to Kim Hyun Joon’s action, KTX passengers who were held hostages could be rescued. But the real problem was the Ripper. The Ripper started killing again after the deputy head (Park Geun Hyung) who made a deal with him dead. This time, the Ripper offered his deal to Kang Ki Hyung (Son Hyun Joo). Kang Ki Hyun refused the deal and the Ripper did a different pattern of killing. He sent a message to Kang Ki Hyung, telling him that his target now were his child and wife. Ripper picked up Ki Hyung’s son and called Kang Ki Hyung. “Are you thinking of making a deal with me now?” Said the Ripper.

With a new conflict presented, ‘Criminal Minds’ has attracted more viewers to watch the drama.