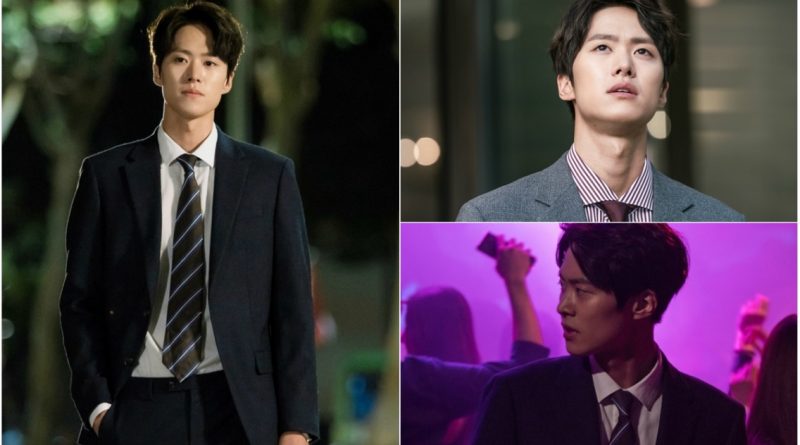 Gong Myung will meet the audience with tvN’s new Saturday-Sunday drama ‘Revolutionary Love’ where he becomes one of the members of the accident handling unit of Byun Hyuk (Choi Siwon), a 3rd generation chaebol, and an elite Kwon Je Hoon.

In the drama, Kwon Je Hoon is the elite man with the best specs in Korea and is the secretary team manager of the management support room of Kangsoo Group. Someone who is always lacking in the shadow of Byun Hyuk. Since he was not born from a rich family, he wants to polish his resume that is important in his life.

On the 25th, on Gong Myung’s released image, he showed his transformation. In fact he also gave another magic aura about Kwon Je Hoon that he plays. The eyes of an adult man wearing a suit and full of masculine beauty and a very attractive expression without smile and loneliness are completely different from Gong Myung in previous work. It makes an expectation of mature transformation as well as external transformation.

Unlike Byun Hyuk, the chaebol who does not know much about the world, Kwon Je Hoon knows how to adapt to the world and uses it properly. He will attract audiences with his other charms.

On the other hand, ‘Revolutionary Love’ tell the story of three young men of 3rd generation chaebol Byun Hyuk (Choi Siwon), a highly educated and high specs guy, Baek Joon (Kangsora), and an elite Kwon Je Hoon (Gong Myung). This is a comedy drama . The drama will premiere at 21:00 on October 14th replacing the drama ‘Live Up to Your Name, Dr. Heo ‘.