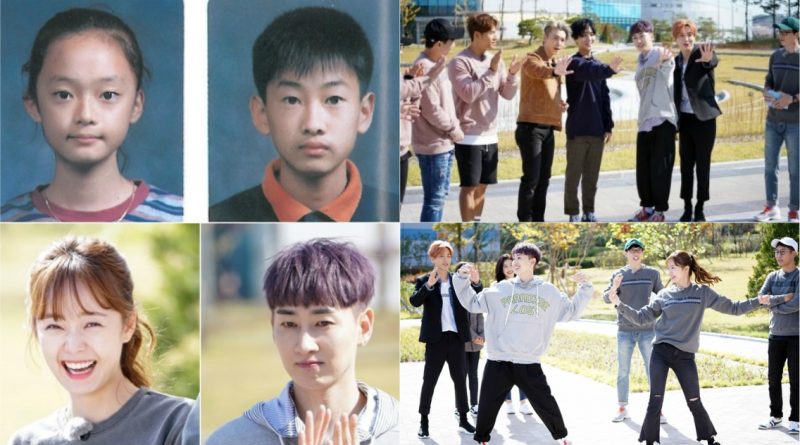 On SBS ‘Running Man’ which aired on November 12th, Jeon So Min and Super Junior Eunhyuk who are friends during elementary school were teaming up together to create laughter.

In this episode, Leeteuk, Eunhyuk, Donghae, and Yesung Super Junior, and Irene and Joy Red Velvet became the guest stars in ‘Running Man’.

Jeon So Min could not hide her joy when Eunhyuk arrived. Apparently, both were friends when elementary school. The photos of their elementary graduation were shown and there seemed to be no difference with their appearances now.

Eunhyuk gave his thoughts about Jeon So Min who became a member of ‘Running Man’, “I’m proud of my friend who did well” he said with pleasure. However, both shared their past stories very warmly, Eunhyuk remembered the past, “Jeon So Min earned the nickname of cow dung”, “Jeon So Min used to like me” making a surprising confession.

Jeon So Min said, “Did not you like me back then?! You even gave me a Christmas card.” In addition, they both competed throughout the game and gave a big laugh when playing ‘real life, affection, and in-law’ game.

Meanwhile, Jeon So Min and Eunhyuk were dancing Roo’ra ‘3! 4!’ which they did in the talent arena when they were in 4th-grade in elementary.