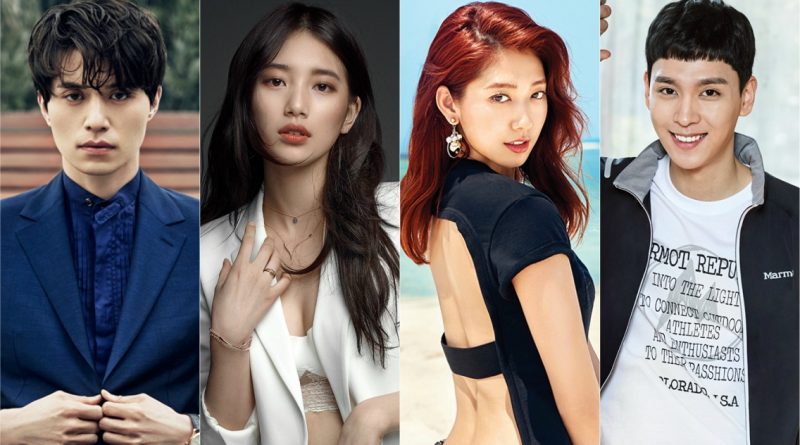 Actress Suzy and Park Shin Hye who are still in their 20s are in currently in love. Recently, Bae Suzy admitted her relationship with Lee Dong Wook who is older than her by 13 years. Park Shin Hye also announced that he is dating Choi Tae Jon who is younger than her by 1 years. There are so many people think that the sudden confirmation of their relationship is a little unusual especially since the two of them denied the dating rumor last year. But now the fans are whole-heartedly support their relationship.

In 2013, there was a rumor going around that Suzy had a special relationship with Sung Joon as they starred in MBC drama ‘Gu Family’s Book’. Back then, a lot of pictures taken such as their close relationship, skinships and even couple stuff like rings were mentioned as the proof of their relationship but the two of them denied and said that they’re just a close friend. After the pictures of her going on a date with Lee Min Ho on 2015 being released by one of the media, she admitted her relationship and openly dating for about three years before they broke up last November.

Suzy debuted through the girl group Miss A in 2010 and became the national sister through her movie ‘Architecture 101’. She became the main attention of all kind of issue including her dating rumor. In such a young age, she must be burdened by the rumors but it is said that Suzy and Lee Dong Wook are compatible especially their personality.

Park Shin Hye for the first time after 15 years of her debuted dating someone and that is none other than Choi Tae Joon. The two have known each other for a long time and decided to take their relationship to the next step by the end of last year. The two of them have become a close friends and also attended the same drama class in Chung-Ang University. Last year, the rumor about their relationship were spread but then they denied and said that the two of them just a close friend from Chung-Ang University. Choi Tae Joon is reported often visiting Gopchang where both of Park Shin Hye’s parents live.

Back then, actor and actress who were dating will always hide their relationship from public. Even when someone is dating someone, he or she will feel uncomfortable and burdened if their partner is being mentioned on tv. They will avoid appearing in TV Shows because they become the main focus of their fans attention from the beginning of their dating until the break up. But lately so many people admitted that they will support celebrities who are openly dating.

When it comes to dating, usually the actresses are even more depressed but Suzy and Park Shin Hye is unexpectedly going smooth, Suzy might be feeling down after four months of her break up. Now there are so many couples openly and proudly going on a date and admitted their relationship to public.