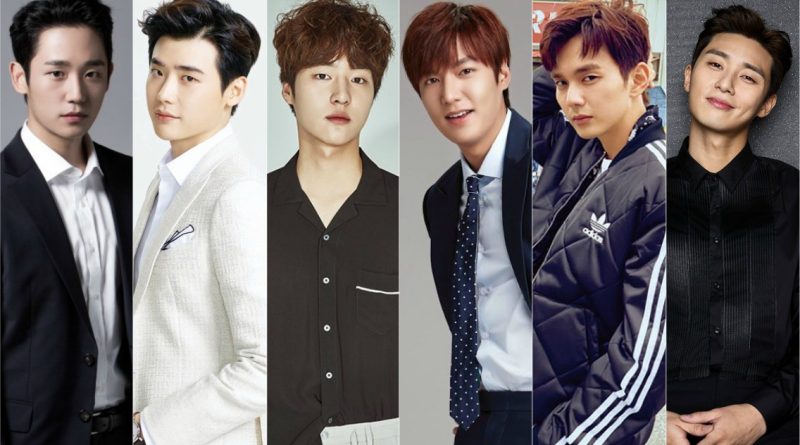 ‘Age is merely a number’. Recently Jung Hae In has become the talk of the town through his lovely appearance. The small screen is now dominated by young good looking actors who has been chosen by the viewers as the actor they would buy them food.

Jung Hae In has the prettiest smile in his newest drama JTBC ‘Pretty Noona Who Buys Me Food’ that successfully made viewers want to buy him a tasty food.

Lee Jong Suk has showed his charm as the young man who fell in love with a woman who was older than him and that is none other than Lee Bo Young in the SBS drama ‘I Can Hear Your Voice’.

A guy with a warm glance, Yang Se Jong

Yang Se Jong who fell in love with Seo Hyun Jin showed a sincere expression on his face and a warm stare through his eyes that captured the heart of viewers through his drama SBS ‘Temperature of love’.

It is a game over when he showed the smiley eyes. Yoo Seung Ho has open a chance of himself being the melo guy through his acting with Park Min Young in SBS ‘Remember’.

A man who loves the mermaid, Lee Min Ho

Lee Min Ho who fell in love with a mermaid seemed to be youthful despite his age. He is a perfect man, handsome, charming and lovely and gets extremely cute when he is jealous as soon as he fell in love with his woman.

Park Seo Joon was the lover of Um Jung Hwa in tvN’s drama ‘The Witch Romance’ where they have an age gap for about 14 years and now he is ready to be called the master of romance.