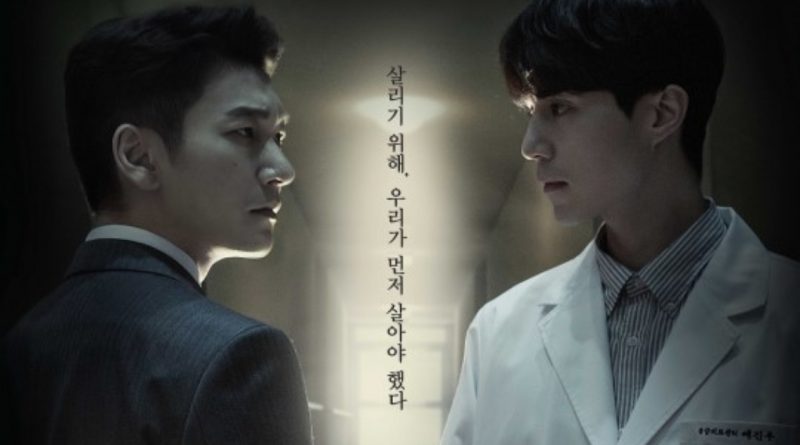 The new medical drama from JTBC entitled ‘Life’ that will air in 23rd of July will replace ‘Miss Hammurabi’ and it is has released its first main poster that showed Lee Dong Wook and Joo Seung Woo.

Drama ‘Life’ told a story of someone who wants to protect his humanity and what he believe as he works in the busy hospital. Ye Jin Woo (Lee Dong Wook) who holds on the the real belief of doctor in the hostpital will face off and having mental battle with Gu Seung Hyo (Jo Seung Woo) who is the head director of the hospital.

The two of them look completely different as they wear white and black clothes. Lee Dong Wook is seen wearing a doctor gown meanwhile Jo Seung Woo is seen wearing a black suit that showed the different of their beliefs. There is word written “To save people, we have to live first” in the poster that made the viewers become completely curios as to what will happen in this drama,

February 24, 2017 Tri Comments Off on Four Actors in Their 30s Who Successfully Spread ‘Ticket Power’ in Movies