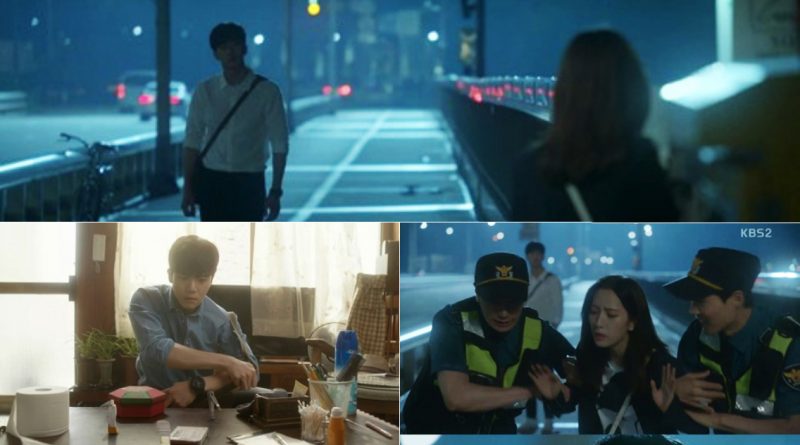 The house helper Kim Ji Woon (Ha Suk Jin) helps people ease their mind and heart by cleaning their houses. Will he be able to clean up the mess in a woman’s heart named Im Da Young?

In the first episode of KBS drama entitled ‘Your House Helper’ that aired yesterday, Kim Ji Woon (Ha Suk Jin) had a monologue saying “I know it’s not easy to make a living with this busy life. You can call me anytime. I’m really good at housekeeping. Of course it is not easy” he said as the drama begin.

The first meeting of Kim Ji Woon and Im Da Young wasn’t really pleasing either.after cleaning the house of his grandfather, he went to the rooftop where he witnessed Im Dae Young who live alone next door was hanging the clothes in the yard. “The mess looks like the owner” said Kim Ji Woon as he showed his unpleasant look at the messy backyard and laundry. Im Da Young in the other hand was angry at Kim Ji Woon who looked at her pitifully.

Later then, Im Da Young was in a difficult situation. She is an intern in some advertising company where she struggles and works really hard to become the full-time worker. Of course because of that she has a very little time to clean her house and her room.

Im Da Young was having a mental breakdown after working hard. She grabbed the public phone by the bridge and cried her heart out, especially about what distress her at work. Unfortunately, Kim Ji Woon who has just returned from work witnessed the situation.

That time, Im Da Young was forced to get into the police car because the police though she wanted to commit suicide. Im Da Young left a huge impression to Kim Ji Won. What will Kim Ji Woon do to give her the comfort she needs?