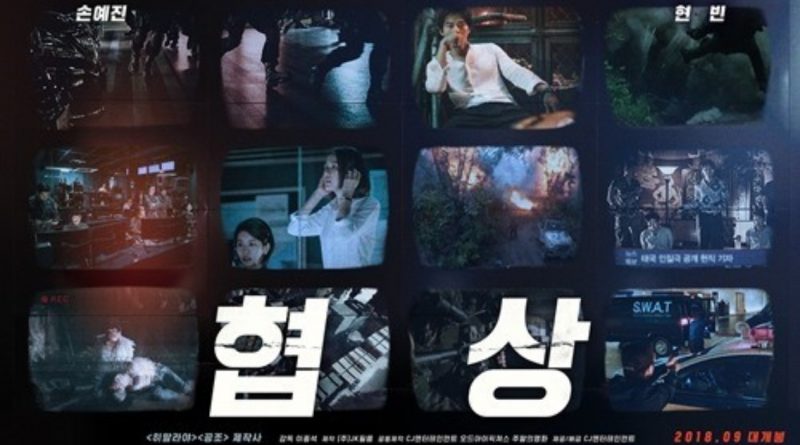 The movie ‘Negotiation’ has released it’s opening poster for the first time.

‘Negotiation’ is a movie that tells a story of a crime which the worst kidnapping in the history happened in Thailand and Son Ye Jin will play the role of Ha Chae Yoon, a crime negotiator in crisis time from one of the police agency in Seoul. Hyun bin will play the role of Min Tae Koo, a weapon smuggler from the international level crime organization.

Son Ye jin showed her responsible side of her character through the drama ‘Pretty Noona Who Buys Me Food’ and she will return to greet the viewers through her newest movie. The Ha Chae Yoon character is a negotiator of the Seoul Metropolitan police agency that has ability to stay calm in the serious situation as she will try to negotiate to save the victim of kidnapping in 12 hours.

Hyun Bin who has captured the hearts of 11.83 million viewers through his movie last year ‘Swindler’ and ‘Confidential Assignment’ now will face off against the urgent situations of the worst kidnapping in the history.

The released poster for the movie ‘Negotiation’ has successfully left the viewers in awe and curios on how the story will be unfold.