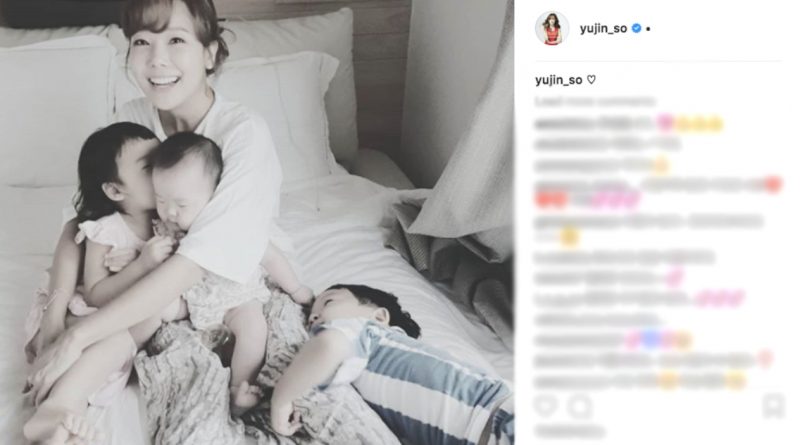 So Yoo Jin unveiled her daily life as a mother.

Through her Instagram account, So Yoo Jin posted a pictures with the caption emoticon of heart in 8th of August.

In the released pictured, Yoo Jin was seen holding the three of her child tightly on the bed. The two of her child are wrapped around her arms on her lap meanwhile the other one was seen laying on next to her legs that captured the attention.

She is also making people envy her through her happy smile as a mother of three.

Meanwhile, Yoo Jin married Baek Jong Won, a chef and food researcher back then in 2013.