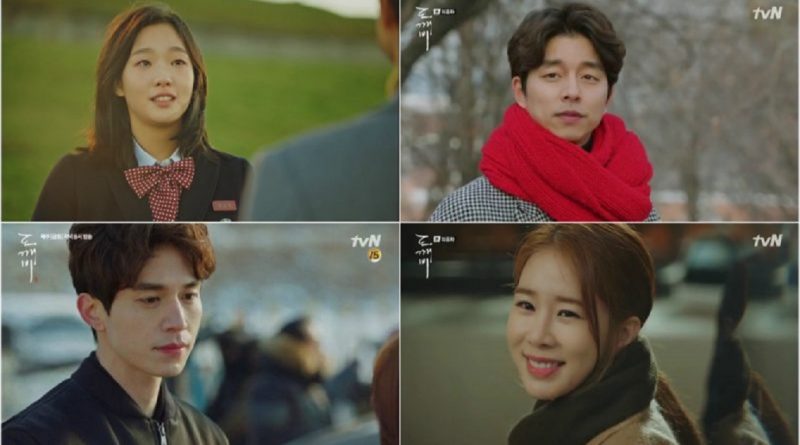 After the wedding, Kim Shin and Ji Eun Tak continued to show the sweetness of their relationship. They also lived like other ordinary couples.

One day, the grim reaper (Lee Dong Wook) who was waiting on the side of the street to do his job met Eun Tak who was driving. After that, he got a news that their work was canceled.

It turned out that Eun Tak got into an accident. She died from the car crash.

Eun Tak met Kim Shin in Grim Reaper’s tea house. When the grim reaper offered her the drink to erase her memory, she declined and went outside. Kim Shin couldn’t stop the tears from falling when he saw Eun Tak leaving.

Then it came the day where the grim reaper would finish his duty. Sunny came to his tea house on his last day of work. Then they both left the tea house together.

Days passed and Kim Shin spent his days just like the old times. One day, he saw Sunny and Grim reaper who had reincarnated in a filming location. In this new life, Sunny became an actress and the grim reaper became a detective named Lee Hyuk.

Kim Shin went to Canada to visit Yoo Family’s grave. When he was sitting alone, a girl showed up and said, “Ahjussi, You know who I am right?”. It was Eun Tak. He then replied, “My first and last bride”.